Alison Kollenberg’s resumé and background in pedigreed dogs began in 1972. Her first Dobermanns became Australian Champions in conformation and won many Best-In-Group, Best-In-Show awards at Agricultural and Royal Shows as well as a Queensland Dog of the Year.

Married to Jens Kollenberg, they moved to Germany where she handled many of the kennel’s famous dogs to World, National Champion and Sieger titles in European countries.

Between the years 1985-2017 Alison trained and titled 25 working dogs from four different breeds; namely Dobermanns, German Shepherd Dogs, Rottweiler and Malinois.  She has competed at World Championships (FMBB), at State & club trials in DVG, DV, SV, ADRK in Germany, as well as at AUSC, SA & WMA trials in Australia.

She has won multiple National, State and H.O.T. Championship titles – an enormous body of work over three decades that has included numerous High in Trial, High Tracking, High Obedience and High Protection awards in trials in 2 countries.

Twenty-one of these 25 dogs were self trained and titled and the majority were also self-bred.  Nineteen were self-trained to SchH/IPO titles. From nine National Championship Trials she competed in between the years 2002-2015, dogs she trained won five Australian National IPO Championship titles together with a further 23 National High-in-Trial awards and trophies.

While living in Germany, Alison also won many High-in-Trials. Amongst them were the self-bred and trained Sieger and Champion, Mia v. Norden Stamm, SchH3, FH.  In 1989 Mia won High-in-Trial at the largest regional club Schutzhund trial held in North Germany – 22 entries over 3 days.  The team also won the highest scoring dog at the North German Regional Tracking Championship trial. In 2000 another dog Alison trained and trialled for an American friend scored High-in-Trial Obedience at an SV inter-club 50-Year Jubilee Team Championship Trial.  (NB: The club’s qualifying 3 man team also placed third in the competition overall. See photos and article in SV Zeitung 2/2000, page 101.) Alison also won the trophy for High-in-Trial Track at the DVG Landesgruppe Westfalen Meisterschaft (DVG State Championship) in 2010 with another self-bred, self trained bitch, Nordenstamm Hannah. Hannah was also the only dog in the competition to score a perfect 100 points in tracking.

Alison has trained six dogs to their Master Tracking Levels in FH. Five dogs to AD (Endurance title) as well as countless others to BH (FCI/Companion Dog) and IPO-FPr and UPr titles (Tracking and Obedience.) She has prepared numerous dogs for their German Zuchtauglichkeitpruefungen (ZTP) and Koerungen – both mandatory German Breed Surveys.

Alison has qualified many times for Australian Schutzhund’s Gold Medal Award and has equally over-qualified as a member of the Schutzhund 3 Club.

Alison has been a prolific author of breed articles since 1985.  Her articles have been published in international and national magazines in Britain, South Africa, Germany, Holland, Australia, the USA and Russia.  Alison also contributed the bulk of the original photos and copy used in compiling the two Dutch breed books, ” In the Beginning…” and,”100 Dobermann Dogs and Bitches.”

Alison was a founding member and a former National Secretary + Schutzhund Judge in the Australian United Sportdog Clubs Inc.  She is a former Editor of the hard copy magazine, Dogsport Australia.

In 2015, she and her husband Jens founded Working Malinois Australia Inc., where she is currently the National Secretary as well as a licensed Working Malinois Australia IPO Judge. She also serves as training officer in WMA’s Gold Coast chapter club. She and her husband formed a new organization to promote the Belgian Malinois and the FCI dog sports of IPO and Mondioring and Alison titled the first self-bred, self-trained Mondioring dog in Australia! (Another Nordenstamm-bred Malinois became the first Level 2 Mondioring dog titled in Australia.)

Alison’s passion for sport with her animals remains undiminished. 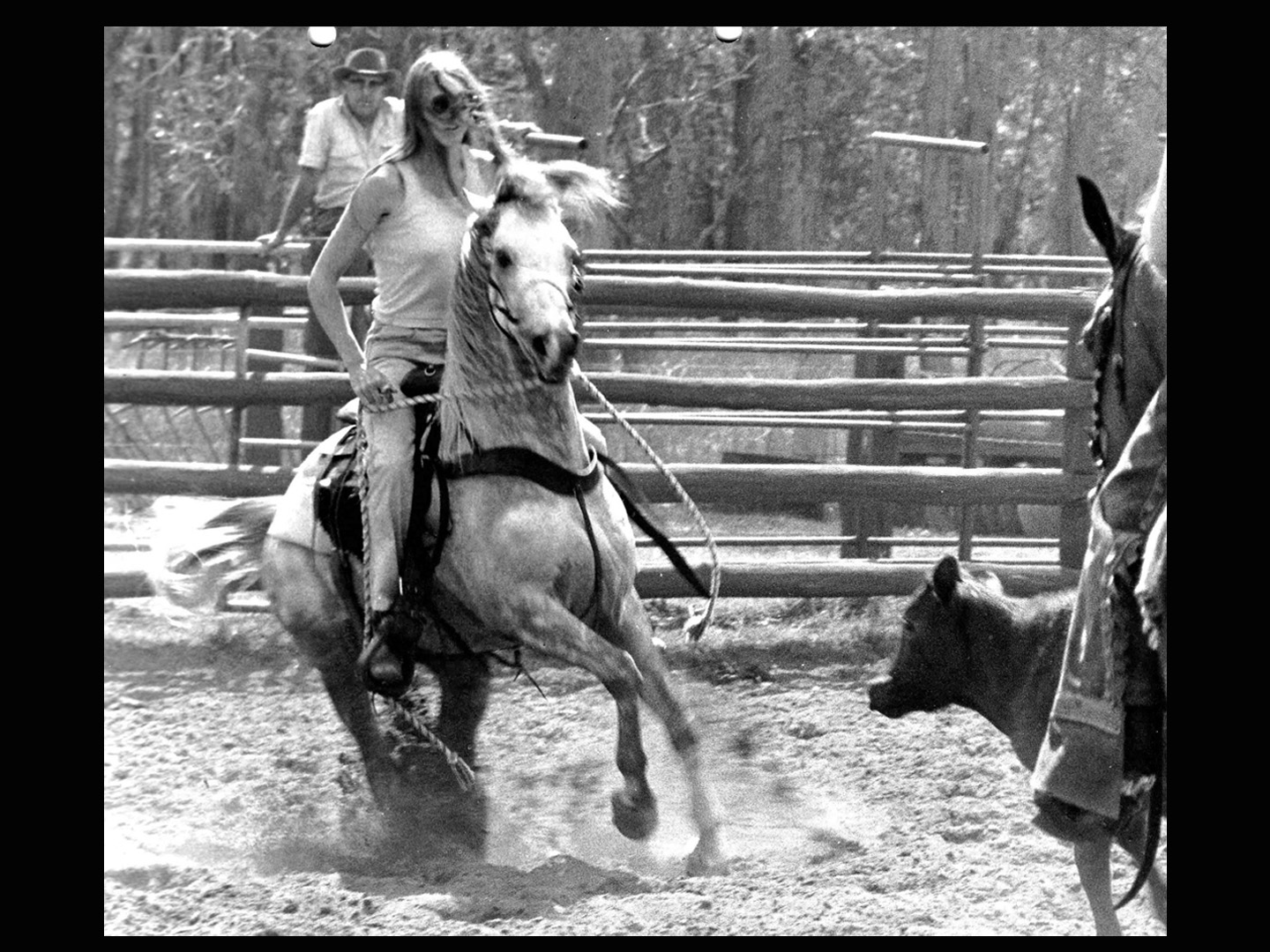 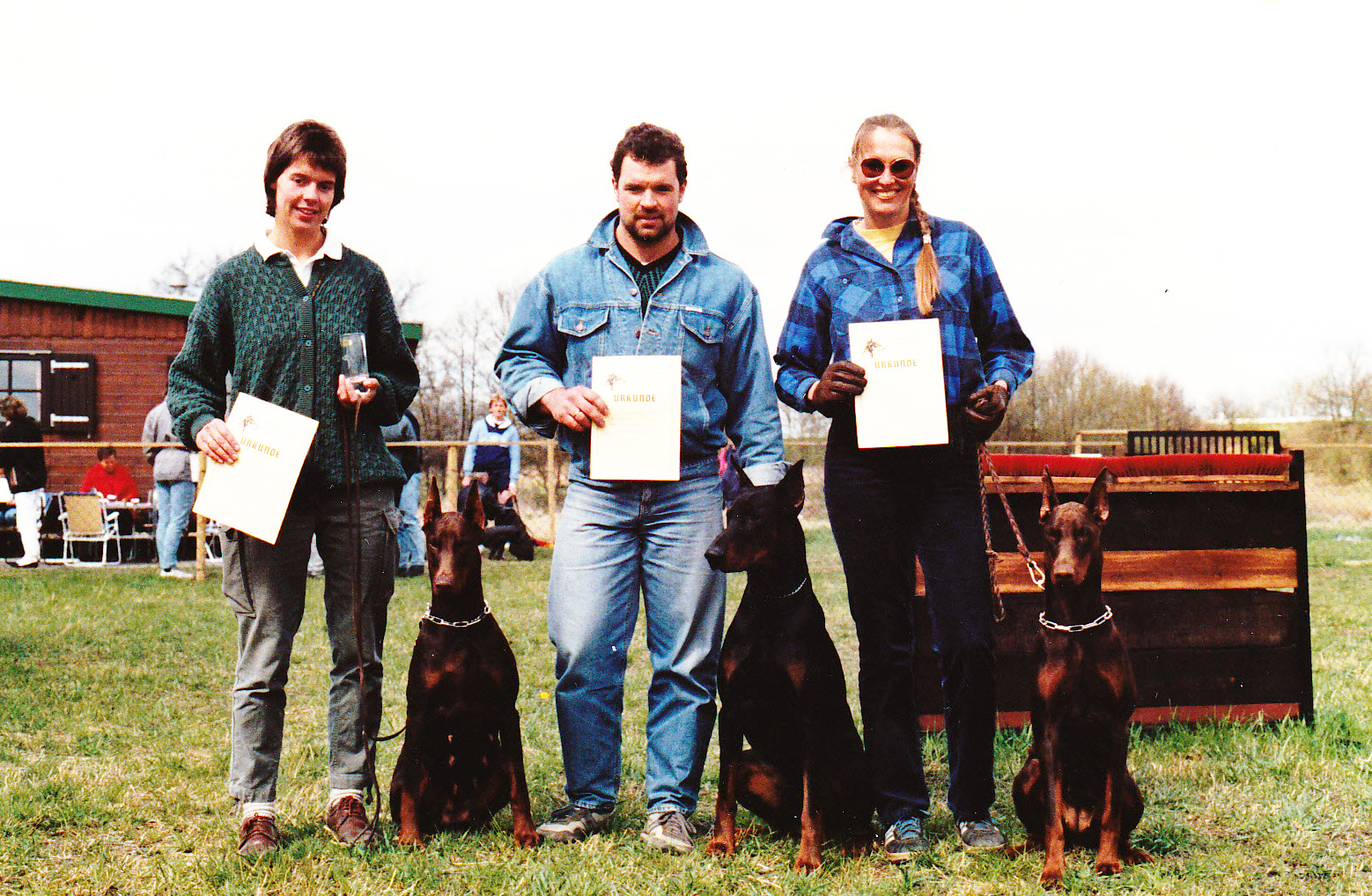 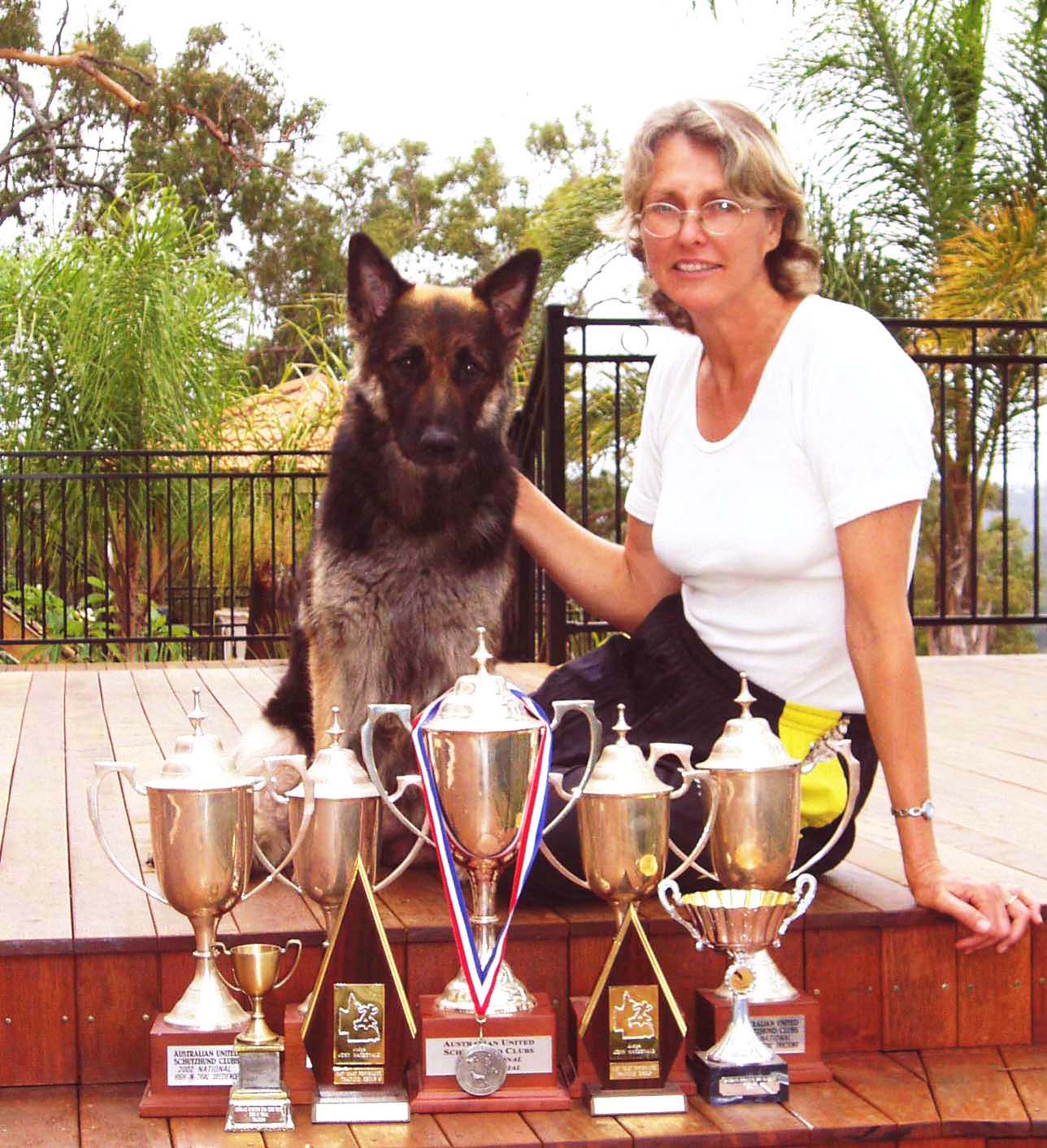 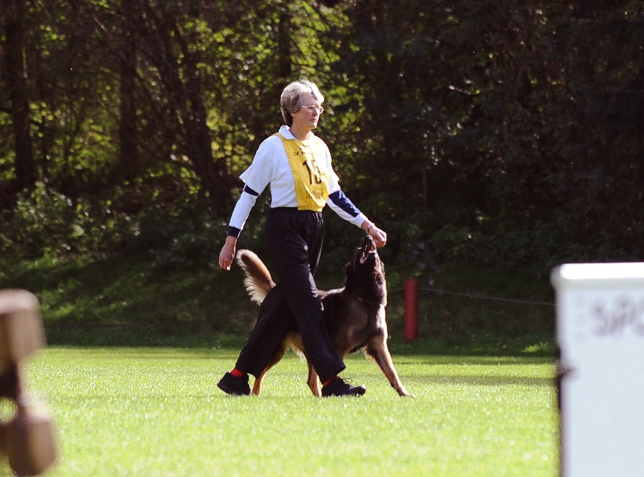 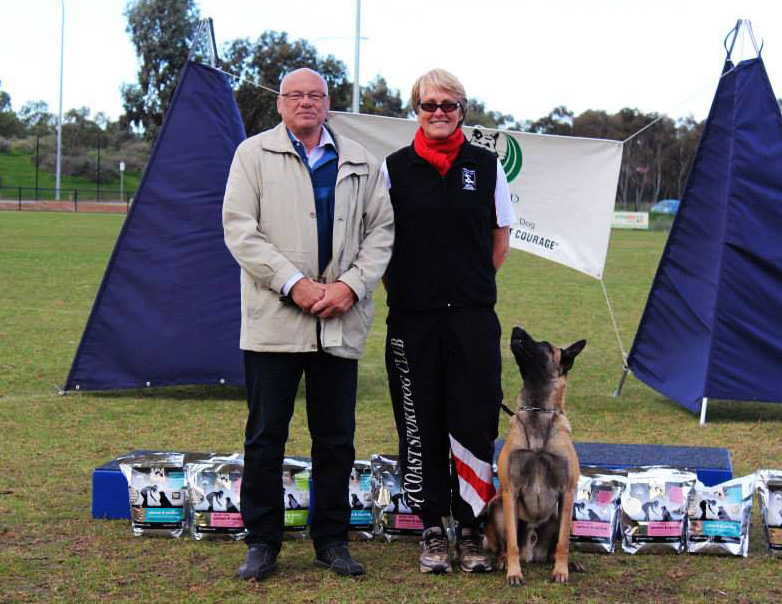 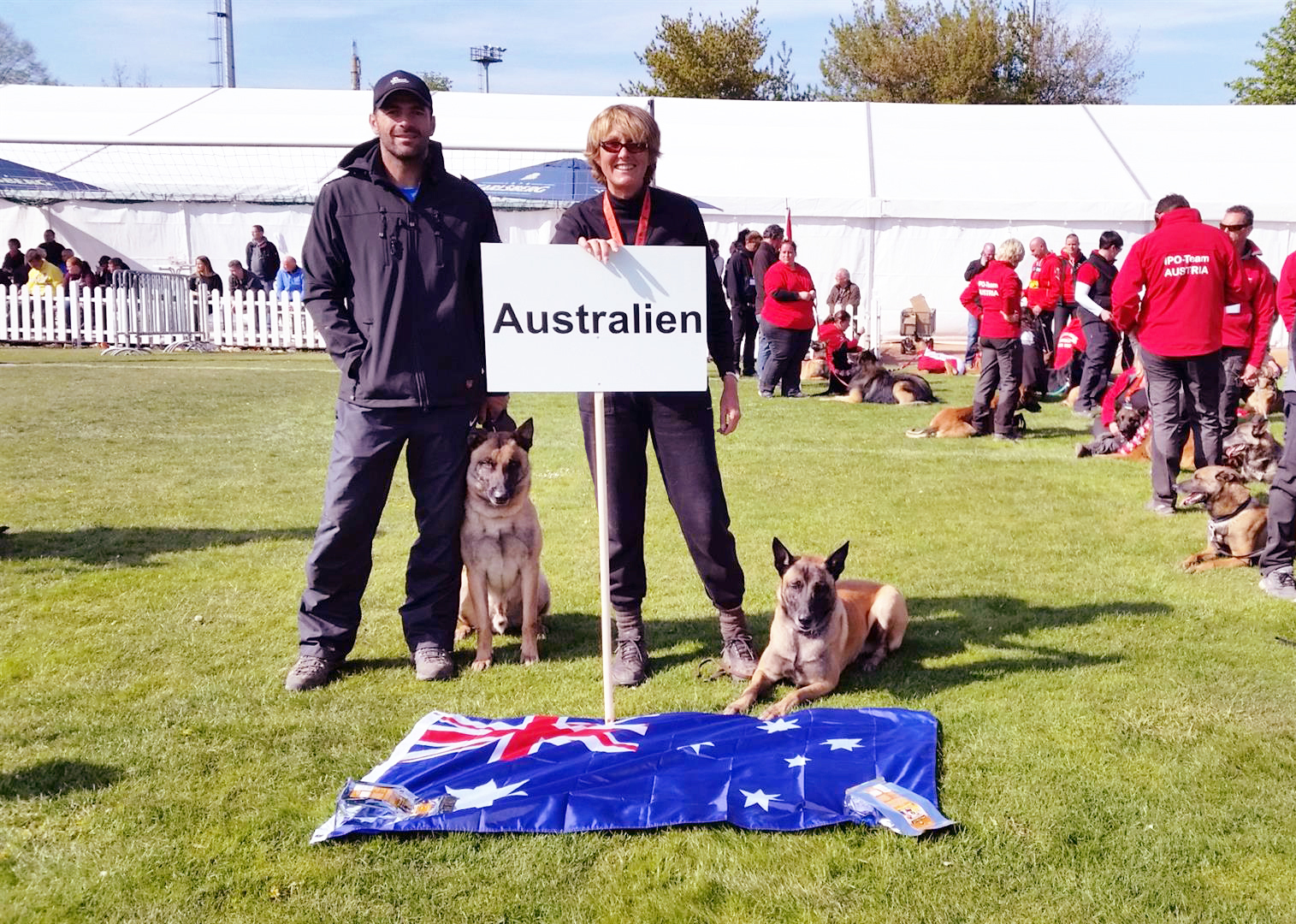 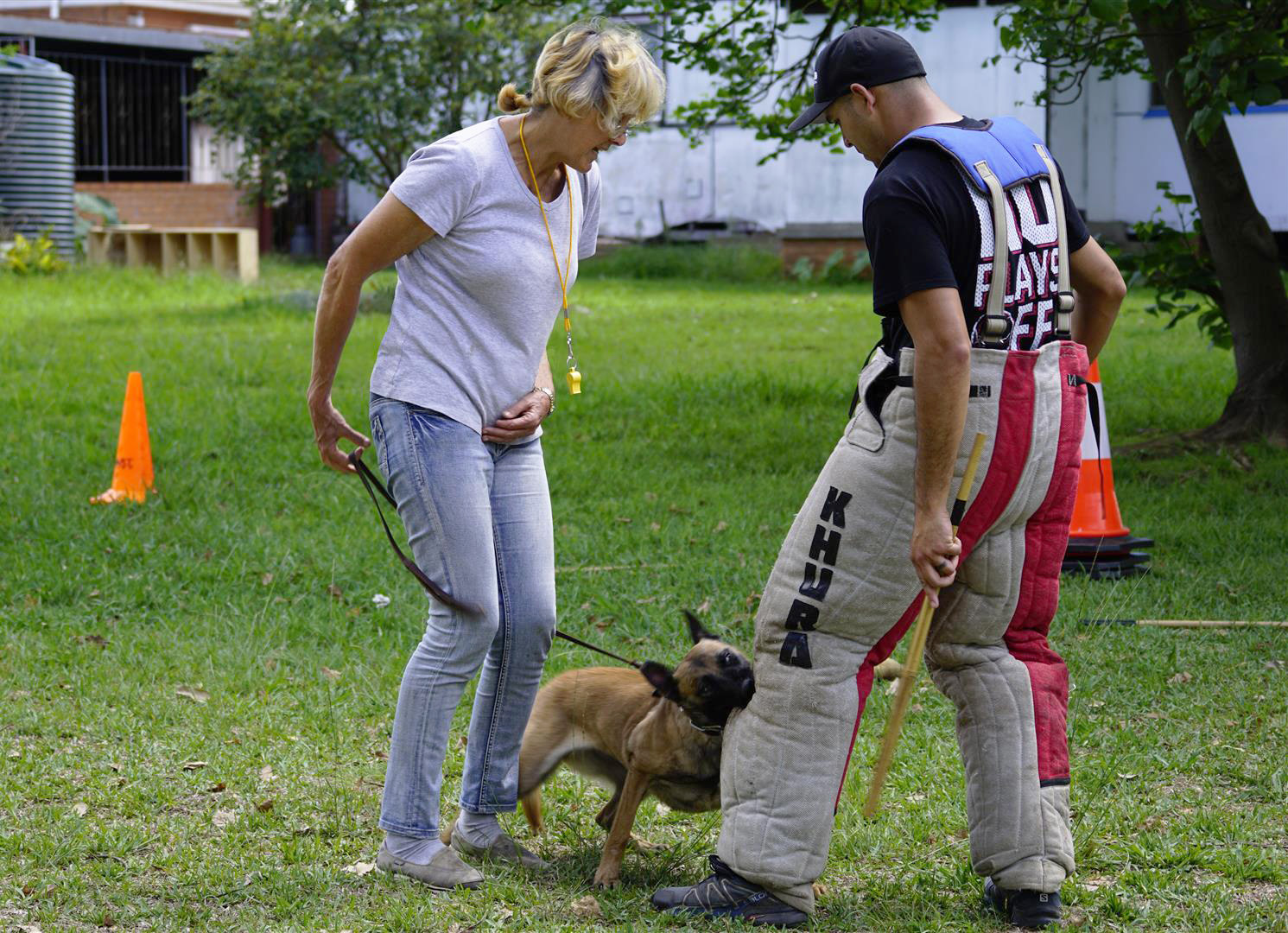